The social media BUY button is here! But will it really impact your eCommerce sales?

Posted By geekspeak
The social media BUY button is here! But will it really impact your eCommerce sales?

Since its introduction a few years ago, much has been made of the social media “Buy” button. Its impact on online sales, however, is still yet to be truly seen. Social media presents an enormous potential to drive online revenue, but is the Buy button the answer? In this post, we’ll look at the different buttons and how they’re being used.

The main aim of the Buy button is to make it easier for eCommerce businesses to connect and engage directly with customers, drive more conversions, and remove some of the inconvenience from the mobile device purchasing process.

Although 60% of retail browsing is done on smartphones, according to research, only about 15% of purchases are made on these devices. Considering the small size of smartphone screens and the tendency to browse on the go, it’s not surprising that many users wait until they’re on their laptop to make their final purchase decisions.  The Buy button facilitates driving mobile conversions on social media sites such as Twitter, Pinterest, Facebook, and Instagram, by implementing a secure and simple buying process for on the go users.

Social Buying through the World’s Most Popular Sites

Twitter was one of the first social media sites to introduce the Buy button in 2014. It went on to sign up some key retail clients, such as Best Buy, Adidas, and PacSun. However, Twitter users have to wait for the shoppable tweets to appear; there’s no way currently to search for them. 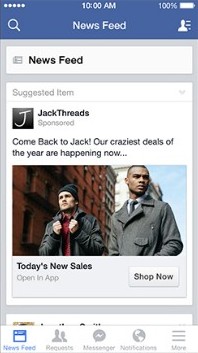 Pinterest introduced the blue “Buyable Pin” concept in June 2015. The successful online site has already signed up giant U.S. retailers such as Macy’s, Nordstrom, and Michael’s. Homemade shop Madesmith has reported that around 7% of their sales are coming via buyable pins.

Facebook added a Buy button for ads seen on newsfeeds in the U.S. The popular social site uses the Shopify eCommerce platform and makes it easy to purchase products without leaving Facebook. The social giant’s unique access to user data and its success in targeting audiences with relevant ads mean it has a head start in the social media eCommerce market.

Owned by Facebook, Instagram introduced its “Shop Now” button in 2015. However, this call-to-action button still takes the user to the retailer’s site, rather than facilitating sales within the social network itself. 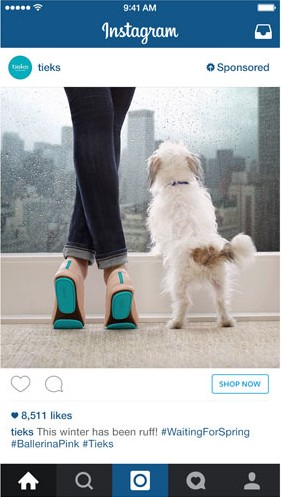 According to the Washington Post, while e-retailers of all sizes have been embracing the Buy button technology, social media channels accounted for just 1.8 percent of online sales during the 2015 holiday season. However, analysts believe that the button has huge potential.

According to market data, social media users spend about 1.72 hours per day shopping and account for 28 percent of online activity. Over the past two years, major social media sites have been scrambling to introduce some sort of buy button, trying to turn their networks into eCommerce shopping malls.

eCommerce sites have typically lacked those “impulse buy” moments that we all experience in a brick-and-mortar store. That moment when we’ve bought what we came to buy and are suddenly seized with the impulse to buy something else unrelated.

The “Buy”  button in social media may fix that.